I want to contribute to the society through sports 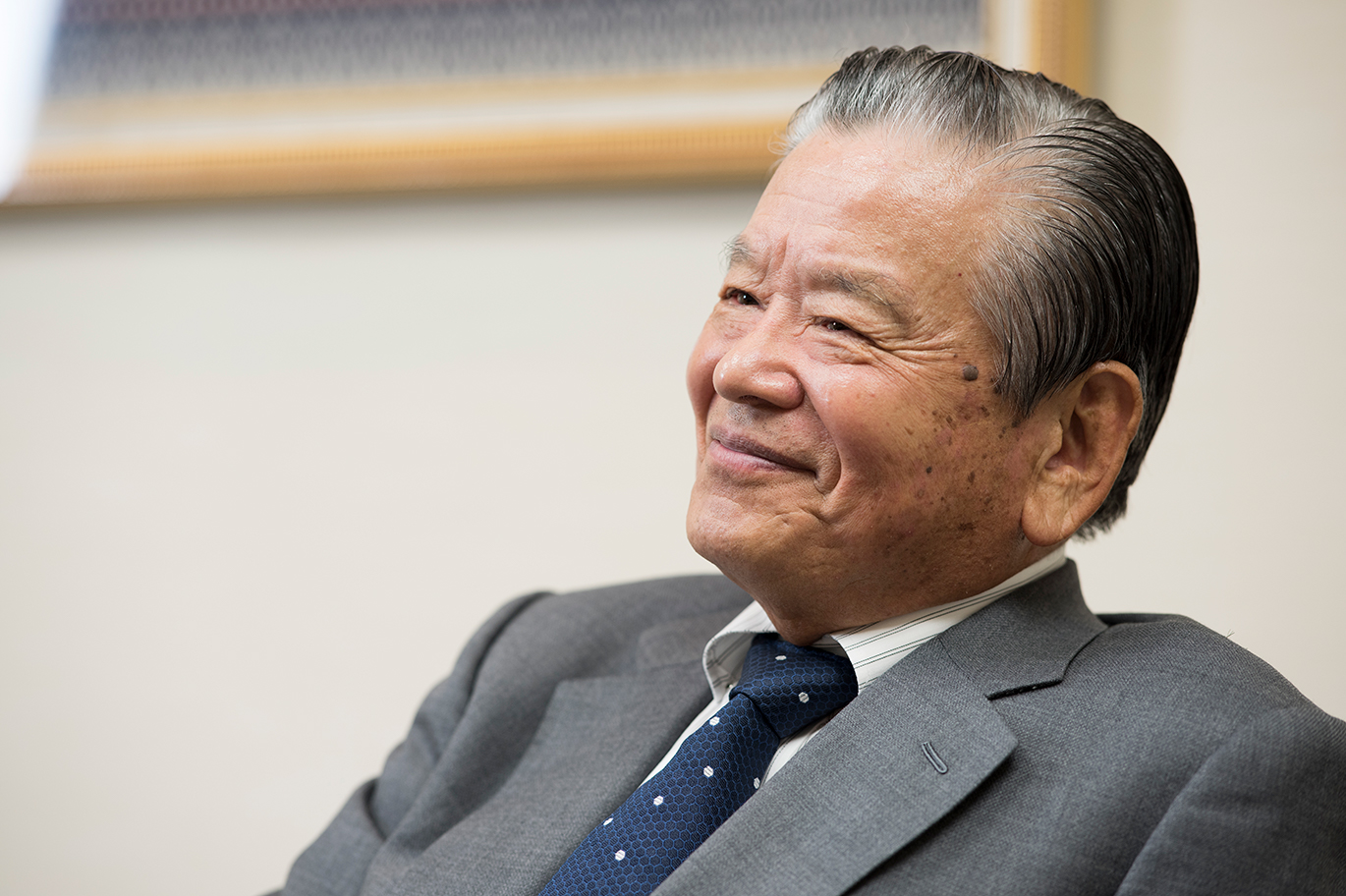 For J League, making social contribution was a given from the start

“I want to contribute to the society through sports. Passion is not enough to achieve this. You also need to have a clear philosophy and a goal.” says Saburo Kawabuchi, the founding Chairman of Japan Football Association. For him, it all started from a “Super Ball” game he went to see when he was in the US in 1993, right before the start of J League. He heard that charity tickets to invite handicapped children to watch Super Ball games had sold out instantly. He immediately picked up the phone to Tokyo, “I want to invite handicapped children for the opening game of J League. Please get sponsor companies to donate back some of the invitation tickets we distributed to them.” He was also encouraged by NICOS offering to donate part of the money paid through “NICOS J League Official Card” which is used to buy tickets for games of respective club teams. Even such Mr. Kawabuchi was surprised to find that the donation for the initial year exceeded ¥10 million! This is how J League started to make donations. Mr. Kawabuchi had also decided to make donations on his own by then.

Meeting Tsutomu Hotta was the start for making Birthday Donations

It was before the start of J League that Mr. Kawabuchi saw an article about Tsutomu Hotta (Chariman of Sawayaka Welfare Foundation and Director of Japan Philanthropic Association) in a newspaper. It said that “a feared for former prosecutor in the Lockheed case threw away his career as the Chief Cabinet Secretary to start a welfare organization for the elderly.” Mr. Kawabuchi thought it would be a good idea to donate J League’s money to this organization as aging is an issue for everyone and kept the newspaper clipping. So one day, with the clipping in his hand, he went to see Mr. Hotta. Mr. Hotta happily agreed to accept the donation. However, Mr. Kawabuchi had something in his mind that had been troubling him a bit. So he decided to throw the question at him. “In comparison to donation, which is just giving money, volunteer work seems to be regarded highly as it involves actual sweating.” To this, Mr. Hotta said “Donation and volunteering work are equally important given that both respond to specific needs.” Mr. Kawabuchi says he was relieved to hear this. He also asked “How much should I donate?” to which Mr. Hotta said “An amount that is just a bit painful for you to pay is probably the right amount”. Mr. Kawabuchi says that these words had hit him like a lightning. He decided to follow his advice as if it is just a bit painful, it can make him feel that may be he is doing something useful for the others. Ever since then for more than 25 years, Mr. Kawabuchi has been donating an amount that is “just a bit painful to pay” every year on his birthdays. He decided to donate on his birthday as that way he will not forget. 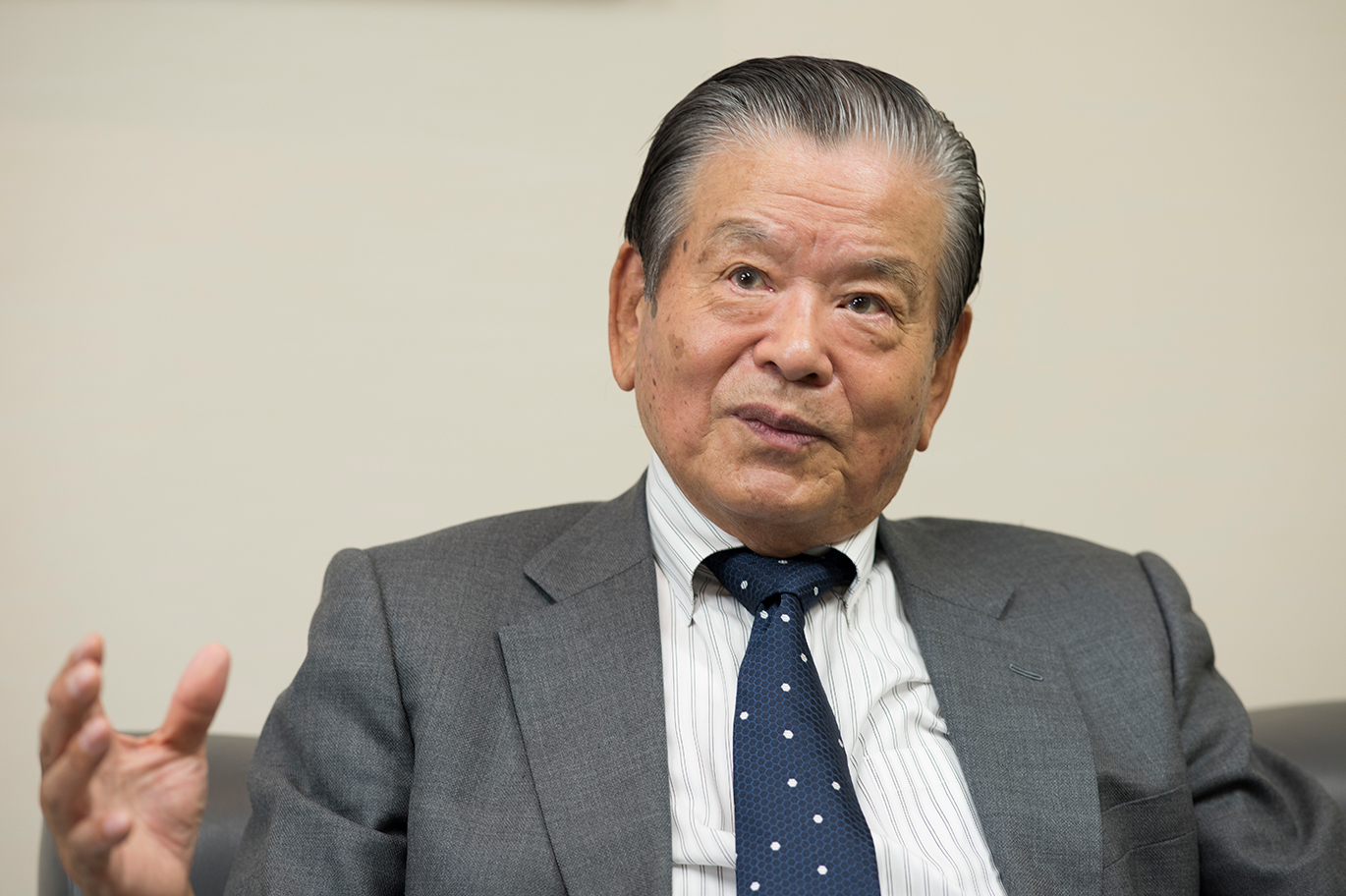 If someone is making a grim face, it probably is because you are looking grim

“A kind gentleman” was our impression of Mr. Kawabuchi, now over 80, as he had always been cheerful and open when talking to us. He tells us, however, that when he was in the middle of his career, he was under tremendous pressure. He told us that when he was the Manager of Furukawa Electric’s football team, there was someone who always greeted him with a grim face. He used to wonder why. However, when he met this person again after finishing his term as the Manager, he looked very peaceful. This made Mr. Kawabuchi realize that this person’s face had simply been a mirror reflection of his own. This episode of how he notices such matter also illustrates Mr. Kawabuchi’s sensitive and open character. According to him, when he was a child, friends used to call him “Smily Buchan”. Having gone through the tough days of being the Manager, he seems to have earned his deep but yet charming smile.

Mr. Kawabuchi believes that the raison d’etre for sports is to contribute to the healthy development of children and to revitalize the regional community. After successfully launching J League and overseeing its growth, he also managed to restructure the basketball industry within a short period of time. He has always made sure to lay out his visions very clearly. He says that so long as you make sure it is for the people or the society, there is nothing to be afraid of and you can say what you want to say. His outspoken but straightforward attitude won the support and respect from many people. Having successfully grown football in Japan not only as sports but also as an industry, Mr. Kawabuchi says in order for the sports industry to grow, we need to have a vision as well as people that are properly trained to manage organizations. He also says that the sports industry in Japan has a lot of room for growth. Although he is no doubt an authority figure in the sports industry, there is something lighthearted about him. May be that is because he has a dream and is looking towards the future. We ended the interview feeling very cheerful and encouraged. 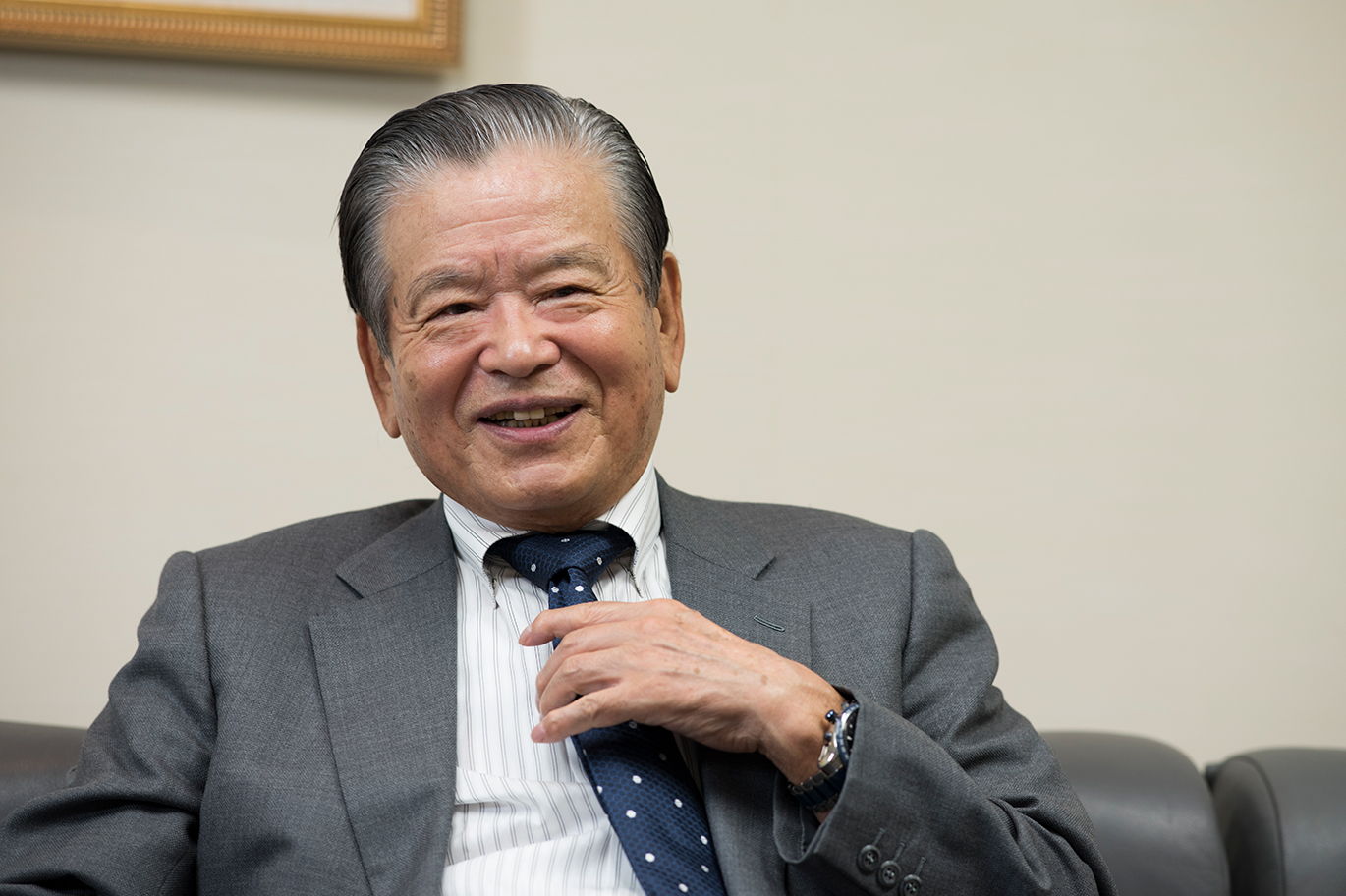 Born in Osaka in 1936. Played in the Japanese national football team since his days at Waseda University. 1961 Joined Furukawa Electric and played in their football team. 1964 Played in the national team representing Japan at Tokyo Olympics. 1991 Was appointed the first Chairman of J League. 2002 Was appointed the Chairman of Japan Football Association. After being appointed Honorary Chairman and Top Advisor, he is currently Advisor of the Association.
Since 2015, he has been requested by FIBA (Federation International Basketball Amateur) to become the Taskforce Chairman to restructure the Japanese basketball industry and have successfully contributed to the launch of B League.